The explosive rise of the human population Henry David Thoreau (1817-1862), pioneered the concept of a simple life, in harmony with nature

When the global population of humans is plotted as a function of time over a period of twelve thousand years, and the uses of fossil fuels are plotted on the same plot, as is shown on the graph, the two curves are seen to rise abruptly and simultaneously during the last two or three centuries. In the graph, one sees population plotted as dots, while the use of fossil fuels is shown as a smooth curve. The use of fossil fuels will stop in a few centuries because of depleted resources, but it must stop much more abruptly if catastrophic climate change is to be avoided. The graph raises the question of whether the human population is headed for a crash in the post-fossil-fuel era. 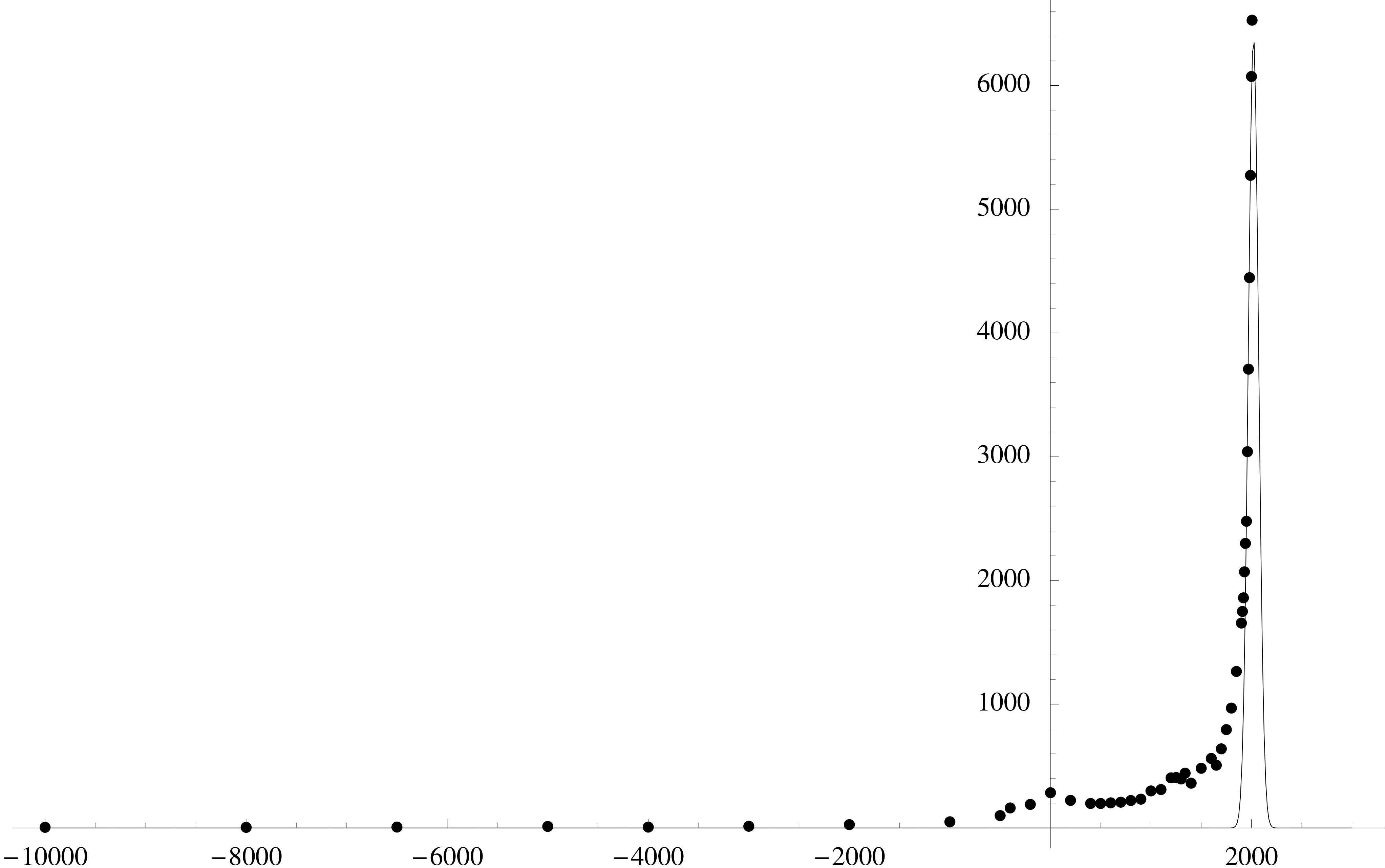 A graph showing the explosive rise of the human population

The threat of an extremely large-scale famine

There is a danger that by the middle of the present century, population growth, the end of the fossil fuel era, and the effect of climate change on agriculture will combine to produce an extremely large-scale famine, affecting billions of people rather than millions. Glaciers are melting in the Himalayas and the Andes, depriving India, China, and many South American countries of summer water supplies for agriculture. Aquifers are overdrawn and water tables are falling in many places in the world. There is a danger that rising sea levels will drown fertile low-lying rice-producing areas, such as Bangladesh. Also, the high-yield agriculture of the “Green Revolution” is heavily dependent on the use of fossil fuels. Studies by Giampietro and Pimental, Food, Land, Population and the U.S. Economy and Population Growth and the Environment: Planetary Stewardship, have shown that in modern agriculture, ten fossil fuel calories are required to produce one food calorie.

Also, the available cropland per person throughout the world is rapidly decreasing because of population growth, desertification, loss of topsoil through erosion, and paving-over of fertile land due to urban sprawl.

In many regions of the world, for example, northern Nigeria, South Somalia, Yemen, South Sudan, Malawi, Sudan, Afghanistan, the Democratic Republic of Congo, and Syria, the beginnings of tragic famine can already be seen, often linked with armed conflicts.

According to Sir David Attenborough's film, Extinction, The Facts, humans are causing mass extinctions at a rate roughly 100 times greater than the natural background rate.

If catastrophic climate change is not avoided, most parts of the earth will become uninhabitable. My own opinion is that the human species will not then become extinct, because there will still be places, such as Arctic and Antarctic regions, and high mountain plateaus, where humans will still be able to live. However, the global population of humans will be very much reduced, and there is a danger of severe conflicts as this happens. Meanwhile, if catastrophic climate change is not avoided, many plants and animal species will become extinct as a consequence of increasing temperatures.

The relationship between the two disciplines is illustrated by a recent cartoon in which an economist, lecturing to his ecological colleague, says “The thing that you ecologists need to understand is that destruction of the planet may be the price that we have to pay for a healthy economy”. Sadly, at the COP26 meeting in Glasgow, the economist's point of view prevailed. A healthy economy was prioritized, and the steps needed to avoid the destruction of the planet were not really put in place.

The need for a new economic system

Most economists, with a few notable and honorable exceptions, such as the members of the Club of Rome, are addicted almost religiously to the doctrine of economic growth. The limitless growth of anything physical on a finite planet is a logical impossibility, but economists avoid confronting this impossibility with self-imposed myopia. They refuse to look more than a decade or two into the future.

Since economic growth cannot continue much longer, we obviously need a new economic system, which is based, not on endless growth, but on a sustainable steady state. The concept of steady-state economics already has a strong theorist and advocate: Professor Herman Daly, born in 1938. He was a senior economist at the World Bank from 1988 to 1994, He received the Right Livelihood Award (sometimes called “the alternative Nobel Prize”) for “defining a path of ecological economics that integrates the key elements of ethics, quality of life, environment and community.”

Henry David Thoreau and our relationship with nature

In the 19th century the American writer, Henry David Thoreau (1817-1862), pioneered the concept of a simple life, in harmony with nature. Today, his classic book, Walden, has become a symbol for the principles of ecology, simplicity, and respect for nature.

Thoreau wrote: “Most of the luxuries, and many of the so-called comforts of life, are not only not indispensable, but positive hindrances to the elevation of mankind. With respect to luxuries, the wisest have ever lived a more simple and meager life than the poor. The ancient philosophers, Chinese, Hindoo, Persian, and Greek, were a class than which none has been poorer in outward riches, none so rich in inward.”

In one of his essays, Thoreau wrote: “If a man walks in the woods for love of them half of each day, he is in danger of being regarded as a loafer; but if he spends his whole day as a speculator, shearing off those woods and making the earth bald before her time, he is esteemed an industrious and enterprising citizen.”

Elsewhere, Thoreau remarks: “It is never too late to give up your prejudices”, and he also says, “Why should we be in such desperate haste to succeed, and in such desperate enterprises? If a man does not keep pace with his companions, perhaps it is because he hears a different drummer.” Other favorite quotations from Thoreau include: “Rather than love, than money, than fame, give me truth”, “Beware of all enterprises that require new clothes”, “Most men lead lives of quiet desperation” and “Men have become tools of their tools.”